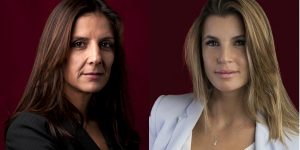 Sofia Quental joined VCA in 2015. She was a tax consultant at PricewaterhouseCoopers (PwC) for about 9 years, where she gained considerable experience in the areas of tax litigation, tax procedure and tax planning. She was also a tax consultant at PwC in Dublin and at PwC in Madrid. She has a degree in Law from Universidade Lusíada de Lisboa and two postgraduate degrees: in Taxation from Instituto Superior de Gestão de Lisboa and in Tax Litigation Theory and Practice from IDEFF, Faculdade de Direito de Lisboa.

Patrícia Valadas Coriel joined the firm in 2017. She manages the team of international private clients in all matters relating to investment, relocation, residence and Portuguese citizenship. She has a degree in Law from Faculdade de Direito da Universidade Nova de Lisboa and a post-graduate degree in Law and Management from the Nova School of Business and Economics. Before joining VCA she joined Vieira de Almeida & Associados.

VCA was founded in 2001. Currently it has the collaboration of about two dozen lawyers. His practice focuses mainly in the areas of Litigation and Arbitration including Maritime and Labour, Real Estate, Corporate and Tax, Private Clients and Immigration.

This site uses cookies to enable a better user experience. By browsing the site you will consent to its use.OkRead more